By opting into the web form above you are providing consent for Life Skill Martial Arts to send you periodic text messages. Standard rates may apply. You can reply HELP at anytime or learn more. You may opt-out anytime by replying STOP.
Reach Your Full Potential!
BEGINNER SPECIAL!

The Power Of Belief

We Can Always Do More Than We Think We Can.

In 1839, George Dantzig was a math major at Berkeley. He stayed up late one night studying and the next morning he was running late for class. When he arrived he saw some problems on the board and thought they were homework. So he wrote them down. He did them a few weeks later and handed in the problems.

Later, his professor calls him in, “Mr. Dantzig, I can’t believe what you did!.” Dantzig thought “Oh no, I am in trouble!” The professor said, “No, you solved an unsolvable problem! Because you were late to class, you didn’t hear me tell everyone that they were unsolvable.

He solved it because he thought he could. 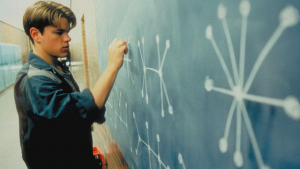 So many times in life, we can do more than we think we can.

So, what could we do if we didn’t have the presumed belief that something was impossible? How much could we go out and get done?

Sometimes it may help us to be ignorant about limitations, and not know that things can’t be done and just figure out how to do them.

At Life Skill, in order for a student to earn the rank of black belt and to become a leader, there are three considerations.  First is Belief. It is a core belief of ours that anyone can earn a black belt and become a leader with our guidance. And it is our responsibility to instill that same belief in each student to help them reach their goal of becoming one of our black belt leaders.

Everything in life that we aspire to accomplish is because someone instilled the belief that we could do it. That person may have been your parent, teacher, coach, or even your martial arts instructor.

Let’s team up and be that person together! And teach these kids… We can always do more than we think we can!

Life Skill is with you!

Hopefully, you found this type of information useful. Thank you ahead of time, for not giving up on your future Black Belt Leaders. I know that they’ll really appreciate it later in life.

To learn more about the powerful Life Skill childhood development program that uses martial arts as the vehicle for growth, or to get your child started at our Millbury location, click the button:

Author Stan Tabor is a 6th-degree black belt and has been training in martial arts since 1972. He is the founder of the Life Skill curriculum and association. His goal is to build a future for the next generation of the Life Skill Instructors to use martial arts as a vehicle to teach life skills that develop children physically, mentally, emotionally and socially.

We have a few simple goals here. However, we put 110% of our effort into achieving them. Life Skill Martial Arts Millbury helps children to build these good habits that extend to success at home and school everyday. In short, these goals have but one purpose: Provide classes that are results-driven, while at the same time fun!